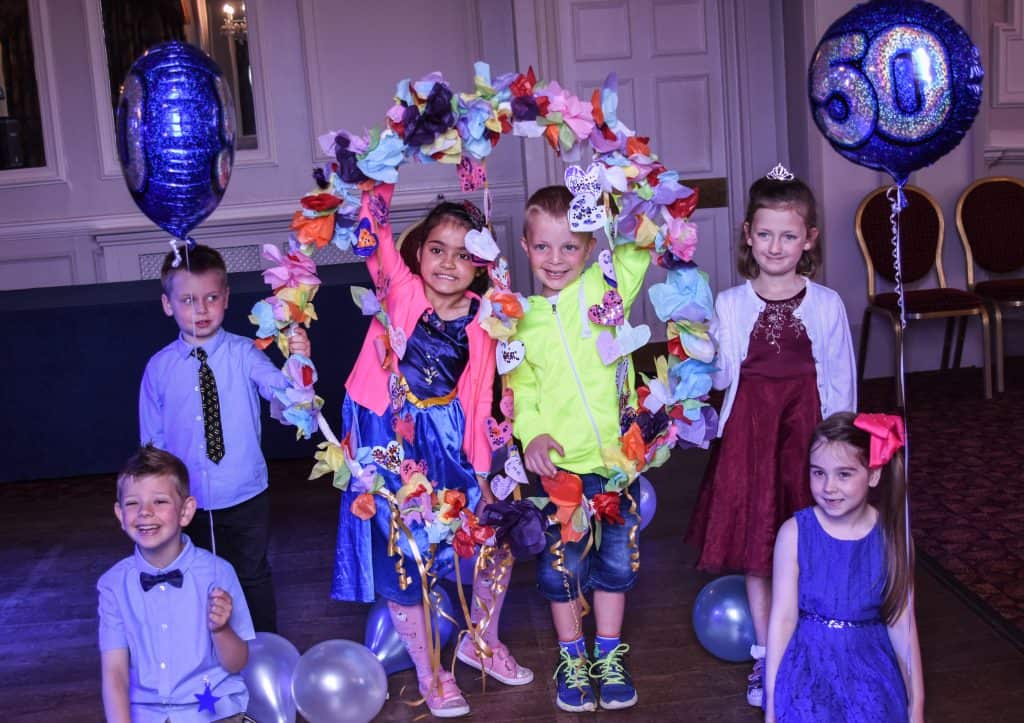 Cecil Gowing Infant School, from Sprowston, celebrated its 50th anniversary with a party at the hotel on Friday, May 25.

All 180 children came to the hotel for a special assembly in the Minstrel Suite, during which each year group sang a song. The assembly ended with the school’s song ‘Cecil Gowing is the Best’; then the children enjoyed a celebration disco.

The visit to the Maids Head was the culmination of a fortnight of events marking the 50th anniversary. On Tuesday, May 15, there was a celebration at the school attended by Cecil Gowing’s daughter Annabelle, former teachers and parents. Cecil Gowing was a local farmer who donated land for the school.

Then this week Amy Elvin, our wedding and events co-ordinator, whose daughter Talula is in year 2 at the school, visited from Monday to Wednesday looking at aspects of party planning with the children. On Monday, Amy and hotel chef Selina did cupcake decoration, then on Tuesday it was mocktail making with bartender Megan and finally on Wednesday the children made bunting and Wishing Circles.

Isabel Stubbs, Head Teacher, Cecil Gowing Infant School said: ”We have had a lovely fortnight. It has been wonderful celebrating with the parents and the children. I would like to thank Amy Elvin and the Maids Head for their support. Our activities at school and the visit to the hotel for the party are something the children will always remember.” 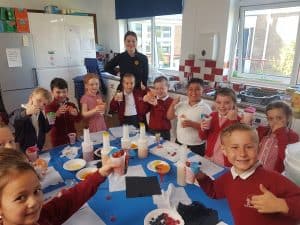 Amy Elvin explained : “We collaborated with Cecil Gowing Infant School in 2016 with a wedding planning event and were really pleased to be asked to be involved in the 50th anniversary celebrations. During our visits to the school this week, we have been using the phrase ‘teamwork makes a dream work’ to emphasise the importance of working together and have explained the range of celebrations that we host including weddings, birthday parties and christenings. We have also talked about the importance of our heritage and introduced the children to the Paston Letters and the mention of the Maids Head in one of the letters 550 years ago.”

‘On Monday our chef, Selina, showed the children how to use piping bags, so they could decorate cupcakes. Then on Tuesday bartender Megan demonstrated how to make Tropical Storm and Fruit Sunrise mocktails. The children then made the mocktails, decorated with fruit kebabs and sampled their work. Finally on Wednesday, they created colourful Wishing Circles practising their writing and art skills.”

“It has been an absolute pleasure to work with the school again, “added Amy. “The children have really worked hard and it was lovely welcoming them to the Maids Head to celebrate in style.”