Celebrating the Maids Head’s ‘birthday’ with the Pastons

Guests enjoyed a a special dinner party at the Maids Head, hosted by ‘John Paston’ on Thursday, November 22, to mark the first mention of the the hotel’s name in a Paston letter dated November 22, 1472.

Rob Knee of the Paston Footprints Project and Paston Heritage Society, who was master of ceremonies for the evening, as John Paston, presented a facsimile of the Paston letter mentioning the Maids Head to the hotel. In the letter John Paston II advised: “if he tery at Norwyche ther whyls, it were best to sette hys horse at the Maydes Hedde.” Rob Knee also cut a special cake marking the hotel’s ‘birthday’. 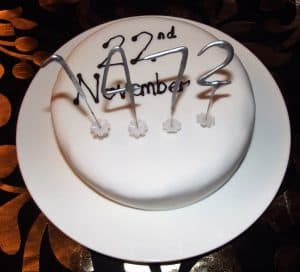 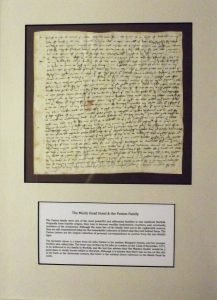 Christine Malcolm, General Manager, the Maids Head Hotel said: “We are very pleased to be working with the Paston Footprints Project and would like to thank Rob Knee and his colleagues for their kind gift of the facsimile of our ‘birthday’ letter, which we will put on permanent display in the hotel.” 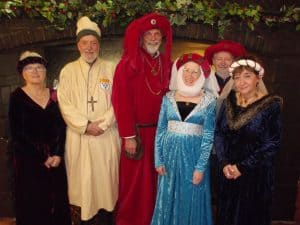 Paston Footprints is a collaborative project between numerous local partner organisations, including the Paston Heritage Society, the University of East Anglia and the Norfolk Record Office. The Heritage Lottery funded three-year project is highlighting the remarkable story of the Paston family and the times they lived through . www.paston600.co.uk.