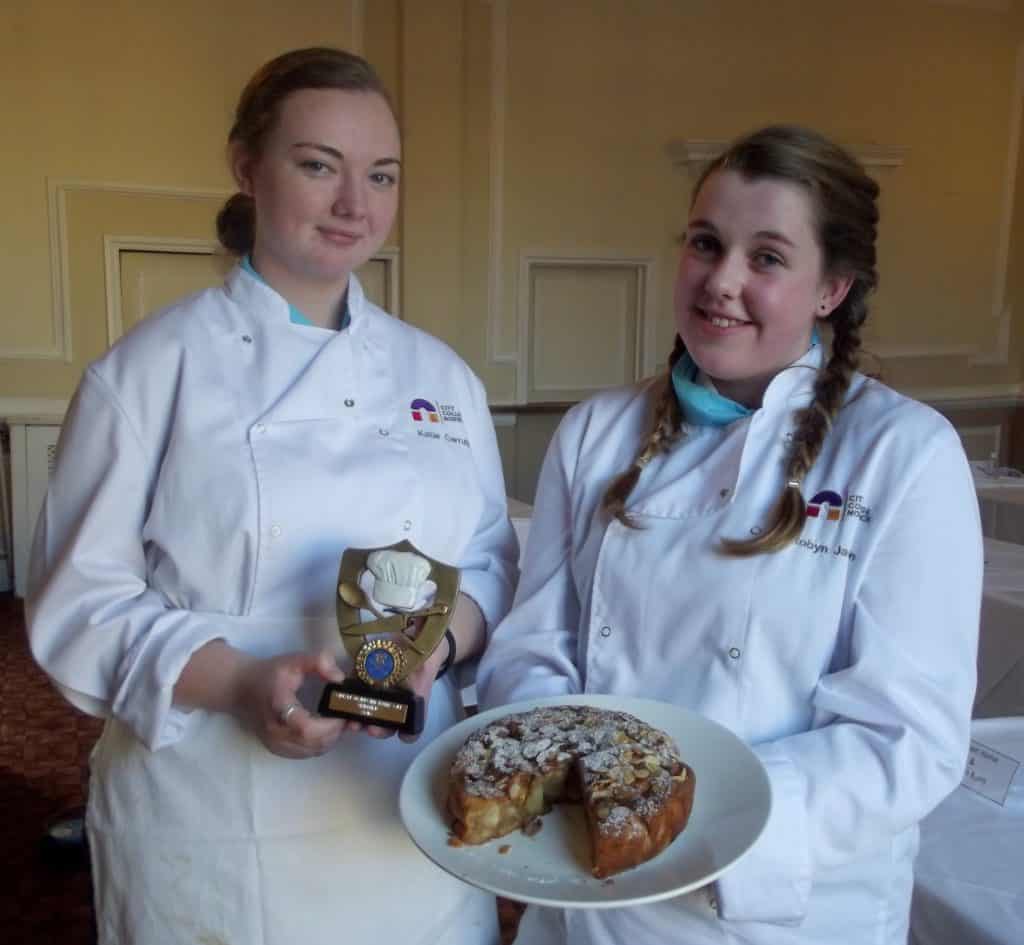 Working in pairs, three Maids Head teams, drawn from departments across the hotel, battled it out against three teams of City College first year catering students. Their task was to bake an apple cake using the same recipe. Charlie Hodson, Norfolk Food & Drink champion was master of ceremonies on the day.

Judges Christine Malcolm, General Manager Maids Head, Martin Smith, Course Tutor City College and Barry Wood, Sous Chef Maids Head scrutinised each cake for consistency, taste and presentation.
Katie Carruth said: “I am really so proud and happy to have won the baking competition. We practised twice to ensure that we were happy. But it was quite stressful during the competition, mixing the cake with limited time. We weren’t sure how it was going to come out.”

Robyn Jackson added: “We included dark spice rum as a special ingredient. It felt appropriate at this time of year in the run up to Christmas. We were a bit worried because we added additional liquid to the recipe. But it worked well and I am very very happy.”

Christine Malcolm, Maids Head Hotel said: “It was a pleasure working with City College on the Great Norfolk Bake Off. Judging the cakes was very difficult. All the teams did really well. We checked for consistency and flavour. Congratulations to Katie and Robyn for their winning cake.”

Martin Smith City College said: “It has been absolutely brilliant and a great opportunity for our students. The standard of baking was very high and all the teams could have been worthy winners. The reaction from Katie and Robyn when their cake was announced was fantastic.”

Katie Carruth and Robyn Jackson have also won the opportunity to work alongside Marcin ‘Magic’ Pomierny, Head Chef at the Maids Head, to perfect a recipe for the hotel’s menu.