Donation to Marie Curie our Charity of the Year 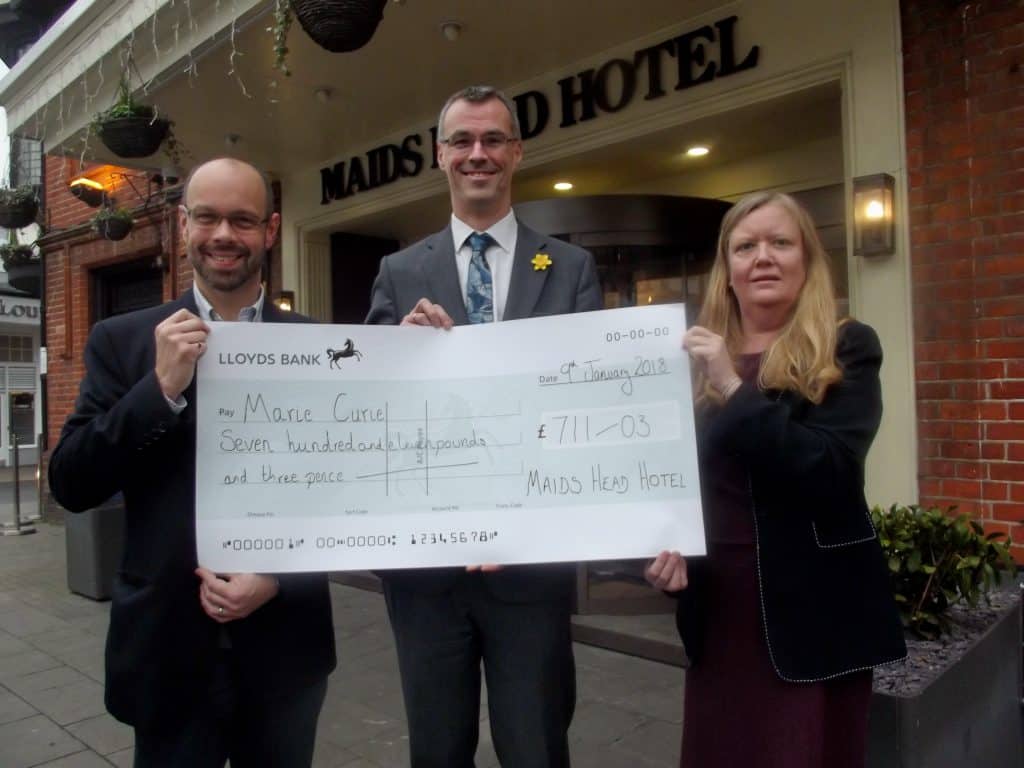 Marie Curie Norfolk was the hotel’s charity of the year 2017. Funds were raised through daffodil bulb planting, a special Murder Mystery Evening, a donation in lieu of the Maid’s Head’s Christmas card and collection boxes. Hotel receptionist, Charlotte Billington also completed a parachute jump in aid of Marie Curie.

Christine Malcolm, General Manager, the Maids Head Hotel said: “We have been pleased to support Marie Curie Norfolk during 2017. I would particularly like to thank all our guests who contributed to Marie Curie collection boxes and Charlotte Billington for bravely completing a parachute jump in aid of the charity. This year we are supporting the Lord Mayor of Norwich and Sheriff’s civic charity, Norwich Integration Partnership.

Hugo Stevenson, Community Fundraiser for Marie Curie in Norfolk said: “I am absolutely delighted that The Maids Head have had such a successful year of fundraising, having chosen Marie Curie as their first ‘Charity of the Year’. It was brilliant that such a high-profile local business chose to support Marie Curie, and we welcome any business, large or small to get involved with the charity. The money raised will help our nurses to provide care and support to people living with any terminal illness in the comfortable and familiar surroundings of their own homes here in Norfolk.”.