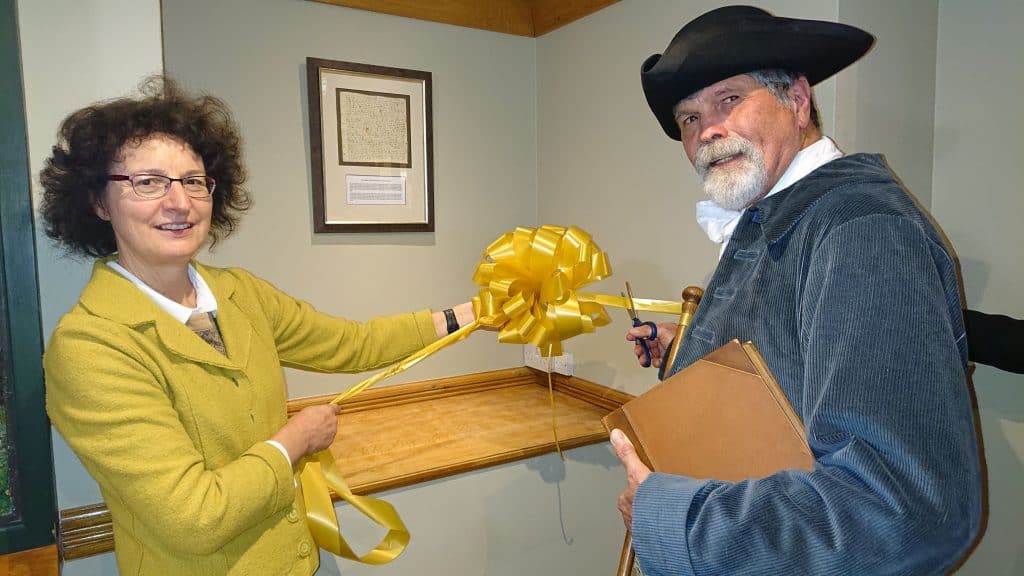 Sir John Fenn (Rob Knee from the Paston Heritage Society) unveiled, on its 547th anniversary, a facsimile of the Paston Letter dated 22 November 1472, which gives the first mention of the Maids Head, the name of the inn that had taken over from the 13th century Murtle Fish. The facsimile is located just outside the entrance of the Maids Head’s Wine Press Restaurant.

Rob Knee was at the hotel to give a costumed Paston talk about the work of antiquarian Sir John Fenn from Dereham, who edited, over eight years, a volume of some 200 of the Paston Letters that had come into his possession in 1771. The volume was published in 1789 and the initial print run of 750 sold out within a week. 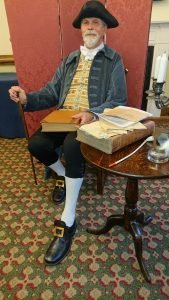 The Paston letters and papers were found in 1735 by Norfolk historian Francis Blomefield in the muniment room at Oxnead Hall, which had been the main seat of the Paston family since the 1480s. William Paston, 2nd Earl of Yarmouth, the last representative of the family, had died in 1732.

The first mention of the Maids Head was in a letter written by John Paston recommending the inn as a good place to stable a horse: ‘if he tery at norwyche ther whyls, it were best to sette hys horse at the Maydes Hedde.’

Christine Malcolm, General Manager, the Maids Head Hotel said: “I would like to thank the Paston Heritage Society for the gift of the facsimile of the 1472 letter. We have much enjoyed working with Rob Knee and his colleagues to mark the Paston Footprints project with events to celebrate Norfolk Day and the hotel’s November ‘birthday’ and look forward to further activities in 2020.”

For more information about the Paston Heritage Society and the Paston Footprints Project see www.pastonheritage.co.uk and www.thisispaston.co.uk.