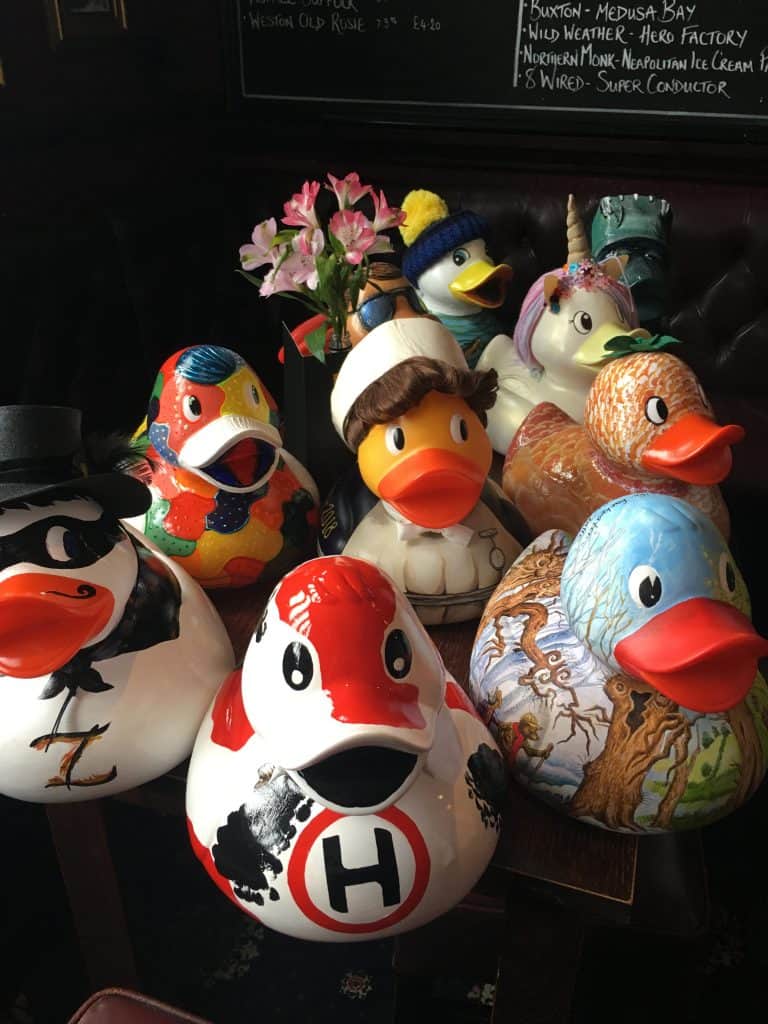 We were delighted to host Break’s Grand Norwich Duck Race Auction of large painted ducks, on Thursday 20 September, and are very pleased to announce that we managed a successful bid to buy Edith, our racing duck, for the hotel.

Masterminded by auctioneer Elliot Symonds, the evening raised £4000 for Break, an inspirational Norfolk based charity which supports young people, children and families in need.

Susan Hendry with Edith in the Edith Cavell Room

Edith, who raced in the Grand Norwich Duck Race on 26 August, is a tribute to Edith Cavell; this year is the 100th anniversary of the unveiling of the Edith Cavell monument in Tombland and the opening of the former Edith Cavell Home for District Nurses (now part of the Maids Head).

Edith was painted by Susan Hendry.