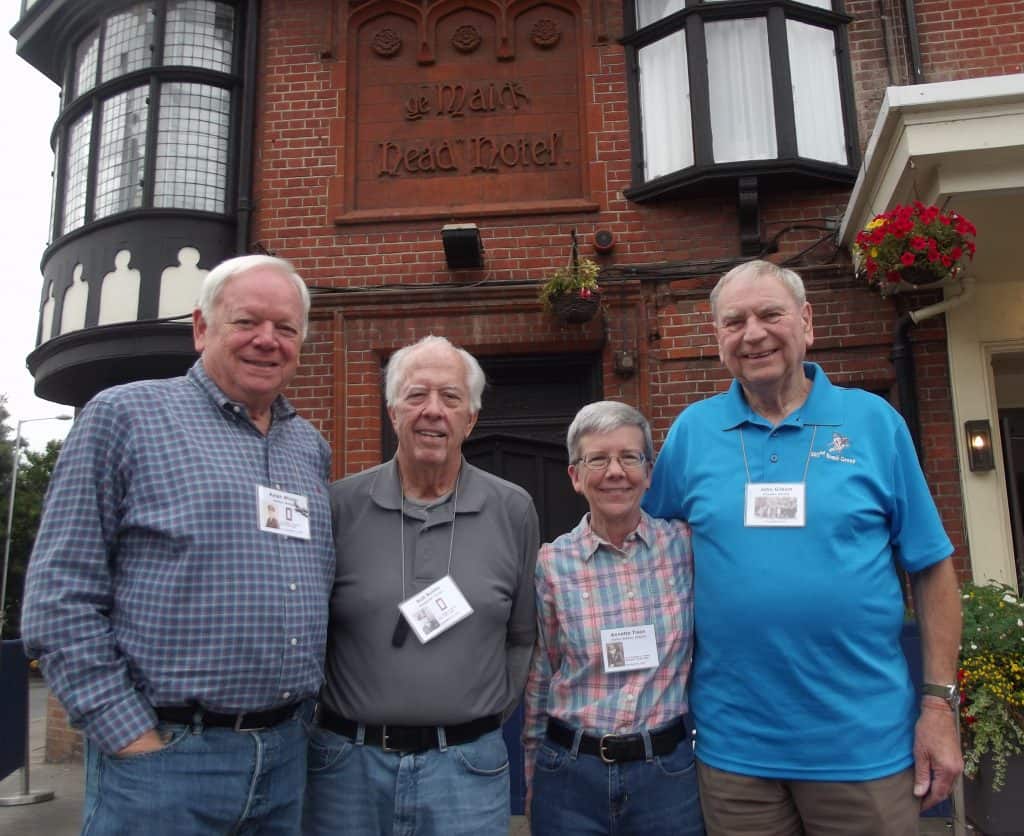 The Maids Head Hotel is hosting the visit to Norfolk of the 392nd Bomb Group Association from the USA. Thirty members of the association have made the trip to the UK to honour the memory of their loved ones, who were killed flying B24 Liberator bombers from Wendling Air Base, during World War II.

Bob Books, President of the Bomb Group Association is making his first visit to Norfolk. His father 1/LT Dallas O Books , a pilot in 579 squadron, was killed in action on 18 March 1944, a day when the Bomb Group lost 14 aircraft and their crews.

Bob Books explained: “The 392nd Bomb Group Association was formed in 1985 for veterans, but in 2010 the group’s role was revised to become an education programme for both veterans, their children and relatives and anyone wanting to preserve the memory of the role of the 392nd Bomb Group.”

The association is supported in Norfolk by John Gilbert, who, as a young boy, lived close to Wendling Air Base. John’s family home on Unthank Road in Norwich was destroyed in a bombing raid in April 1942, so the family moved to Wendling, where John’s father was working on the construction of the airfield. His father then managed to get a job with a local farmer and John met and befriended many of the US airmen.

Ralph Winter, Vice President of the Bomb Group Association, who is on his second visit to Norfolk added: “John Gilbert is a very important member of the association, as our representative in the UK. He has built excellent relationships with local community and businesses to provide access onto what remains of the airfield.”

The association’s programme featured a visit to Wendling of Friday, with a tour conducted by John Gilbert, including the 392nd Memorial, one of the first established in the UK in 1945. The group also saw the surviving runways and visited the officers’ mess hall, with its a mural of B24s in flight. On Saturday they are heading to the Imperial War Museum at Duxford and the American Cemetery at Madingley. Then on Sunday, they return to the Wendling area for a remembrance service at the 392nd Memorial followed by a service in Beeston Church.