Tuesday, April 23 was the Maids Head Hotel’s quarterly Vision and Values staff awards day. The hotel’s vision is to be known as the finest for hospitality in Norfolk and staff receive awards for being nominated by fellow team members, for work that has supported achieving that vision. 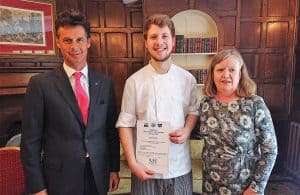 Simon Dean, Junior Sous Chef, was named Employee of the Quarter, awarded to the member of staff who receives the most nominations. Simon has been at the Maids Head for six months. He is a graduate in Culinary Arts Management from University College Birmingham, a four-year course, which included a work placement in the United States. Simon moved from Cambridgeshire to Norwich for his new role; his third job since leaving university.

He won the award for brightening the mood of the kitchen, for constantly being cheerful and friendly, for being a team player and very approachable and always being willing to help staff and answer any question.

Simon said: “It is great news for me to be Employee of the Quarter. I would like to thank my colleagues for their nominations. It can be quite stressful in the kitchen when we are very busy and I do my best to keep the mood up. I also think it’s very important for the kitchen brigade to have a good working relationship with the front of house team and I work hard to ensure that our communication is as smooth as possible.”

Some 150 awards were presented to staff on the day by Andy Orchard, Sales Director, Eastern Daily Press and Edward Doe, Director of John Doe. Staff ‘cash’ in their award vouchers for a reward and can also save them until they have enough vouchers for a particular reward e.g. an overnight stay at the Maids Head’s sister hotel, The Gonville in Cambridge.

“Staying behind after completing to shift to help at a wedding.”

“Excellent feedback for service at the 74th Squadron dinner.”

“Covering the desk when reception was busy.”

“Getting a mention in the groom’s speech at a wedding.”

“Coming in outside of work hours to fix the water supply in rooms with no water.” 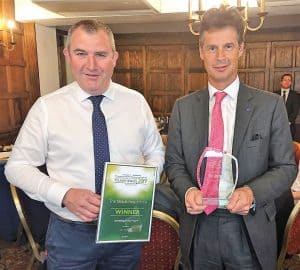 Edward Doe said: “I can tell by the atmosphere today, how engaged staff are with the Vision and Values Awards. They are an excellent incentive, getting everyone involved and heading in the same direction”

Andy Orchard said: “When we visited the hotel to judge the Investing in the Future category, the dedication of staff throughout the hotel shone through. It was a genuine pleasure to spend time here listening to the hotel’s story of evolution rather than revolution.” 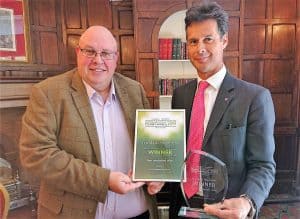 David Chaplin, Chairman of the Maids Head Hotel said: “Congratulations to all our team for their passion and commitment in helping us achieve the two Norfolk & Suffolk Tourism Awards, along with the Employer of the Year category at the Norfolk Business Awards, and for all you have done to make Norwich a great place for hospitality.”