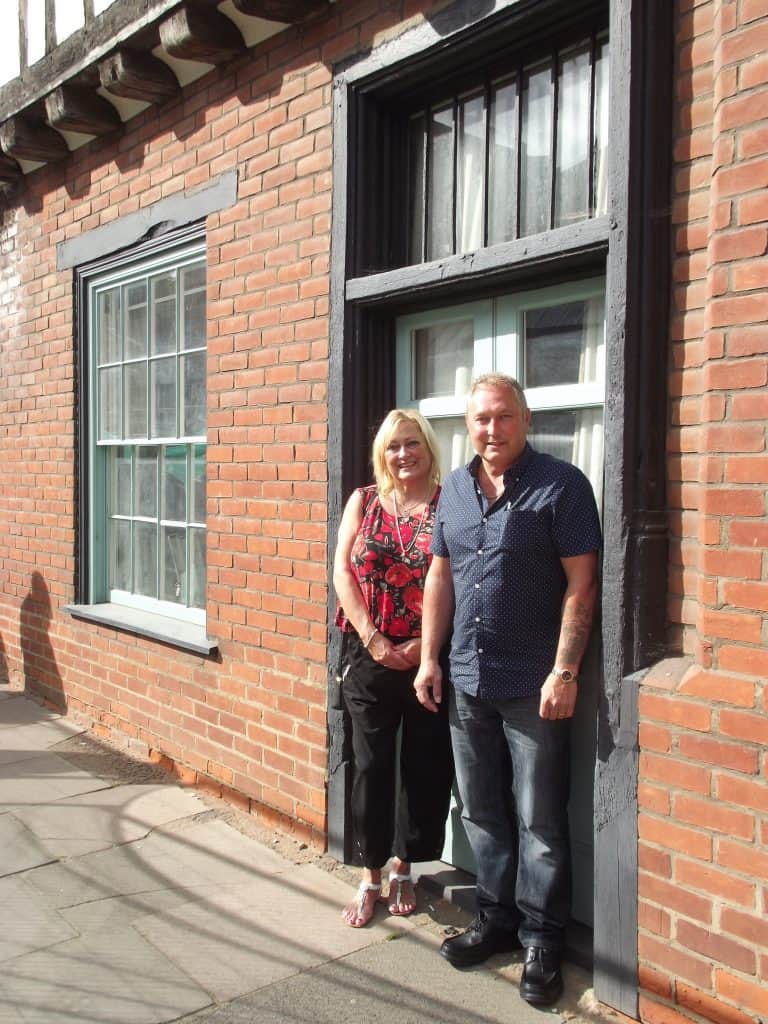 Jenny Sadler and Jamie Watts outside the old shop entrance

Jenny Sadler and her brother Jamie Watts visited the Maids Head in the autumn on a mission to rediscover their roots. Jenny was born in 1962 in what is now the Earlham Suite in the hotel, but back then it was her mum Dorothy and dad John Watts’ living quarters. Dad ran a convenience store down below on Palace Street.

The range of buildings that included the shop, which date back to Tudor times, was converted by the hotel in the 1980s into a series of function and meeting rooms on the ground floor, with bedrooms up above.

The Watts family had a bakery and shop on Palace Street from at least the late 19th century. Arthur Watts (grandfather) met Mary Anne Wardell, when she was 16. They married and had 14 children. John Watts (1933 – 2013) was the youngest. 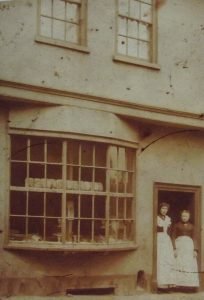 The bakery shop in the late 19th century

“Our last surviving aunt, Margaret Copeman, died in March aged 84,” said Jenny. “Her wake was held at the Maids Head. This was the spur for Jamie and I to stay at the hotel and find out more about our family’s connection with Palace Street. There were eight brothers, most of whom ran Watts Brothers Building Contractors, with an office on the corner of Pigg Lane.

Grandfather Arthur died in 1936 and the bakery closed soon after that, however Grandmother Mary Anne (d.1977) was very entrepreneurial and changed direction. “Nanny opened a convenience store in the old bakery shop and converted the bakery into a function room known as The Bake Office,” explained Jenny. “Dad eventually ran the shop for Nanny until 1965, while she concentrated on The Bake Office. Two of dad’s sisters, Margaret and Queenie and niece Dorothy also worked with him.”

“The Bake Office was very popular for local parties and weddings. People also used to pile in there after the Samson and Hercules closed and Nanny would serve up egg and chips all round. During World War II provided accommodation in the function room for American airmen.”

Jenny has a photograph of her mum and dad’s wedding reception in April 1957, which was held in The Bake Office. It also features Mary Anne up on her feet about to toast the new bride and groom. 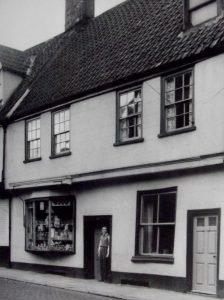 John Watts outside the grocery shop in the 1950s

“Mum and dad had around 100 guests at their wedding reception, with all the catering done by family members. Mum remembers Nanny very much as the matriarch of the family; anyone who had a problem went to her, she had a heart of gold.”

“We left in 1965. Mum and dad wanted their own house, and moved to a new property on Dereham Road built by the brothers. Nanny sold up and moved to a bungalow in Sprowston. Dad worked in grocery shops to start with and then teamed up with his brothers in the building business until he retired.”