A Passion for Records – new biography of Walter Rye 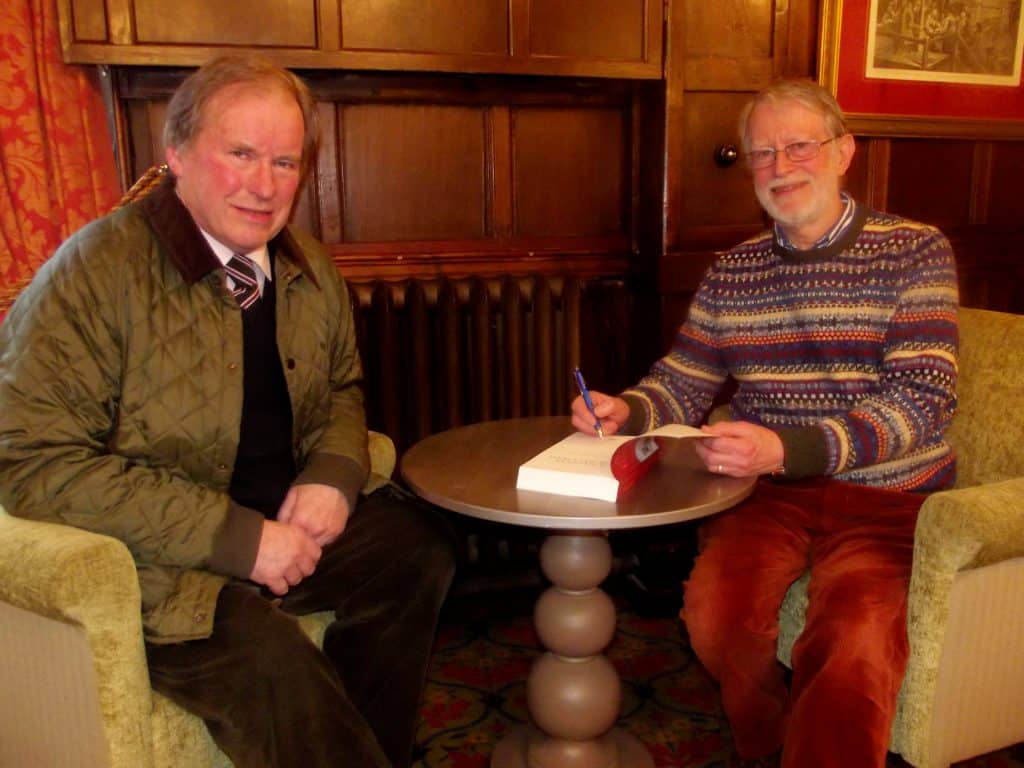 Peter Rye and Christopher Kitching in the Oak Room

Peter Rye, great-grandson of Walter Rye, who was owner of the Maids Head  from 1889-1895, visited the hotel on January 8 with Christopher Kitching, author of a new biography of Walter Rye called A Passion for Records.

Mr Kitching presented a copy of his biography of Walter Rye to the hotel in advance of its Norwich launch at Norfolk Records Office on Friday, February 9, when he will be giving a public lecture at 1pm about Walter Rye, topographer, sportsman and Norfolk’s champion.

Christine Malcolm, General Manager, Maids Head Hotel said: “We were delighted to welcome Peter and Christopher to the hotel. Walter Rye was definitely a champion of the Maids Head and it was a great pleasure for us to serve lunch to his great-grandson and his biographer.”

“Walter Rye regularly stayed at the hotel and took on a long lease in 1889 to protect its historic fabric. We can thank Walter for the Oak Room, which he discovered and refurbished and the Yard Bar, which he knew as the Coffee Room, where he restored its ancient fireplace. He ensured that the 16th century main bar and snug, 15th century courtyard and 18th century Minstrel Suite all survived. He also had an eye to the future and expanded the hotel up Wensum Street onto Tombland.”