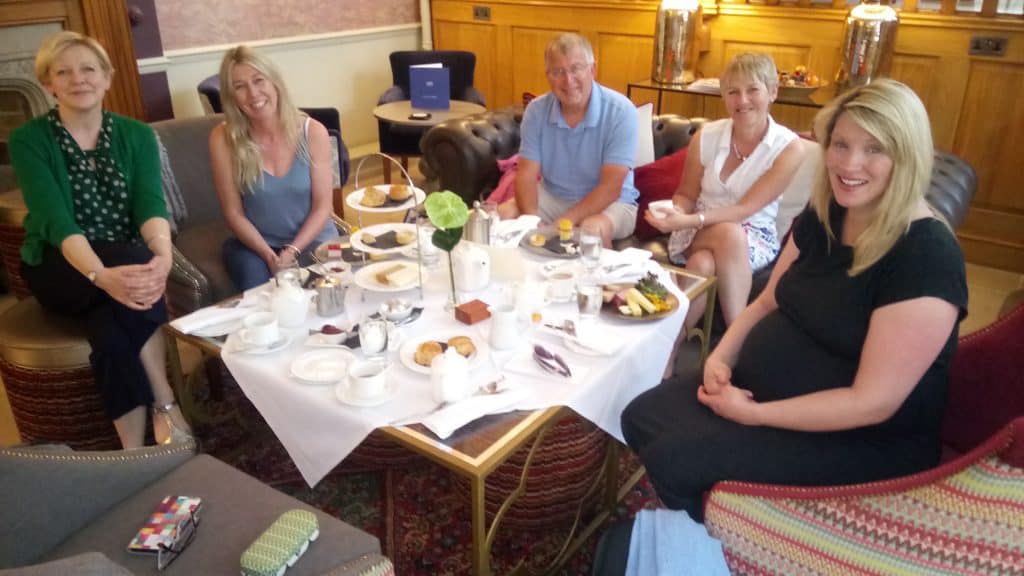 We were delighted to host an afternoon tea on Wednesday for the team behind the successful Museum of Norwich, Saving Samson, Crowdfunding campaign.

From the mid 17th century, the carved statue of Samson stood guard outside the ‘Samson and Hercules’ building across the road from the Maids Head. Time took its toll on Samson who was eventually encased in layers  of white paint, obscuring the carving beneath. 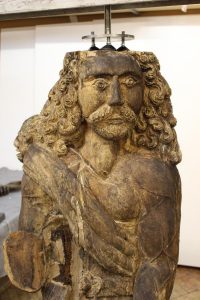 Samson in the laboratory at Plowden & Smith, London.

Now, two decades after being removed from the ‘Samson and Hercules’ building for safekeeping, Samson has been restored to his former glory. The Museum of Norwich ran a successful £15,000 Crowdfunding campaign, earlier this year, to raise money to create a new display for the oak carved figure and put him in pride of place in the museum.

Meeting the highest conservation standards, this new display will not only present Samson at his very best, but more importantly, will ensure that he remains in peak condition for many years to come.

Samson is due go on display in Spring 2019, but before that, supporters of the Crowdfunding campaign will be receiving their rewards, which include a special Saving Samson tote bag designed by local illustrator Leanda Jaine.

For more information about the Museum of Norwich see