The 74 (F) Tiger Squadron Association at the Maids Head 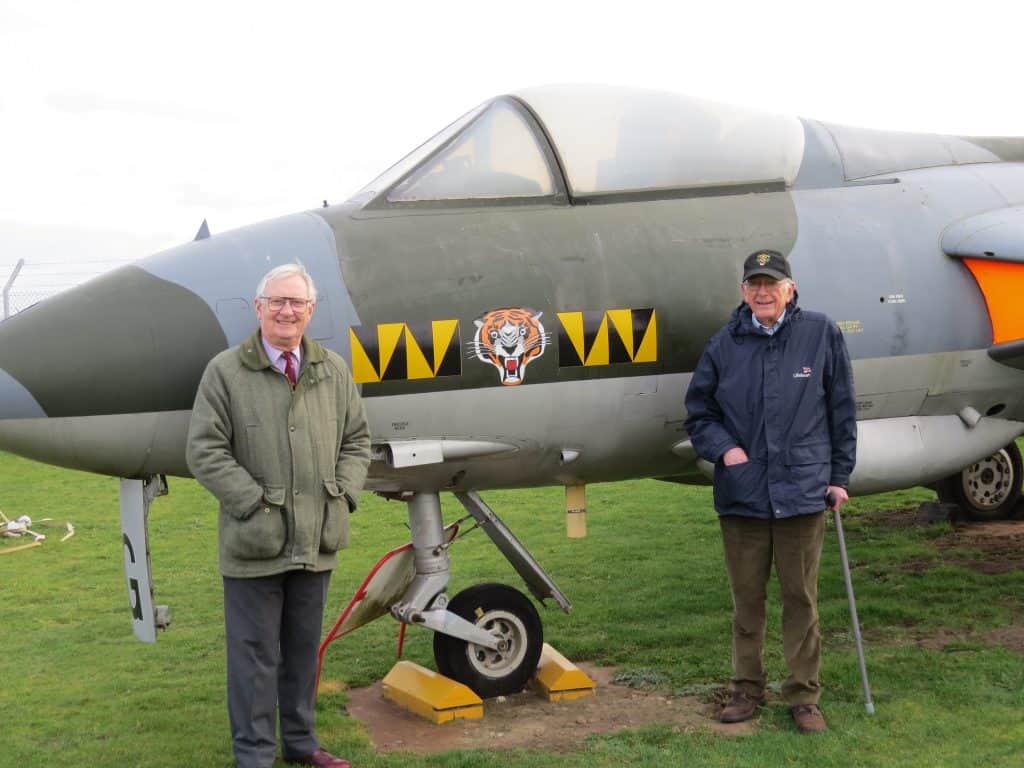 74 Tiger Squadron pilots John Atkinson and David Jones standing in front of a Hawker Hunter, in 74 Squadron markings, at City of Norwich Aviation Museum. This was the type of jet that they flew when they served with 74 Squadron in the late 1950s at RAF Horsham St Faith.

We were very pleased to welcome 85 members of The 74 (F) Tiger Squadron Association to the Maids Head over the weekend of Friday 1 to Sunday 3 March, on their first visit to Norwich for a reunion.

The reunion included a special dinner in the Minstrel Suite at the hotel and a trip to City of Norwich Aviation Museum, where a new display about Tiger Squadron’s time based at RAF Horsham St Faith (now Norwich International Airport), has just been opened.

Tiger Squadron had a long and distinguished operational RAF history. Founded in July 1917 during the days of the Royal Flying Corps, the squadron was on the front line from March 1918 to the end of World War I.

During World War II, Tiger Squadron was heavily involved in the Battle of Britain, including a short spell based at RAF Coltishall in Norfolk. The squadron also flew its Spitfires in the Mediterranean and North Africa theatres, as well as over Germany after D Day. 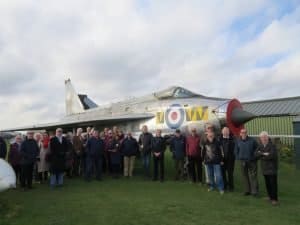 Association members at City of Norwich Aviation Museum in front of a Lightning in Tiger Squadron markings, which the squadron flew from RAF Coltishall in the early 1960s.

Soon after the War, Tiger Squadron, headed to RAF Horsham St Faith for a long residency, during which it flew Meteors and Hawker Hunters. In 1961, the squadron was chosen to introduce the Lightning F1 to operational service and moved to RAF Coltishall, where it was based until 1964.

That marked the end of the squadron’s connection with Norfolk. The final operational phase was from 1985 to 1992 when it flew Phantom’s from RAF Wattisham. The Tigers then became a training squadron flying Bae Hawk at RAF Valley and were finally disbanded in 2000.

A Norfolk link was re-established during the Phantom era, when Norwich Airport Aviation Group invited members of the squadron to Norwich. Bob Cossey a member of the Aviation Group was soon commissioned to write the history of Tiger Squadron and was invited to be Secretary of The 74 (F) Tiger Squadron Association, a post he holds to this day. 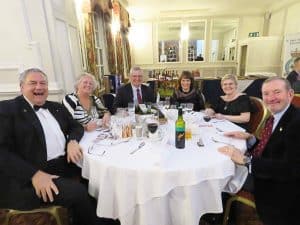 Bob has written four books with links to Tiger Squadron: the history, which is called ‘Tigers’, ‘A Tiger’s Tale’ – a book about John Freeborn, Battle of Britain pilot, ‘Upward and Onward, The Life of Air Vice Marshall John Howe’ and ‘An Eye in the Sky’, the Royal Flying Corps and RAF career of Air Commodore Henry George Crowe. 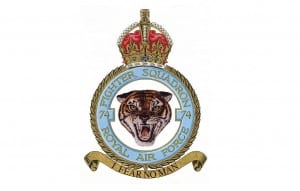