The Queens from SIX visit the Maids Head 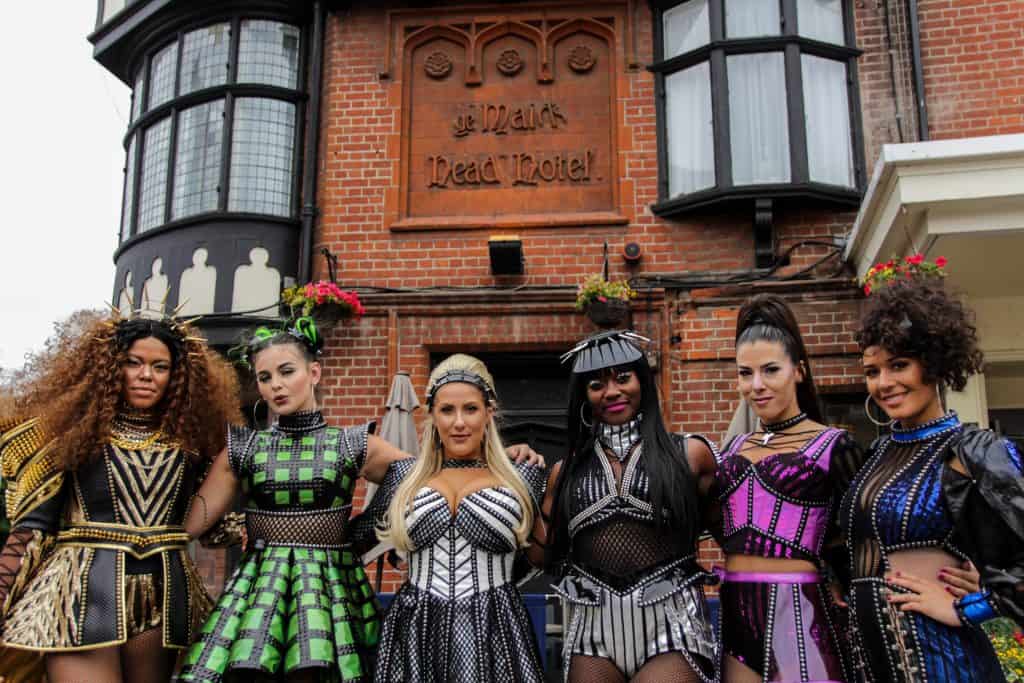 The Queens from SIX at the Maids Head Hotel, photograph Norwich Playhouse

We were delighted to welcome the cast of SIX to the Maids Head this week as they tuned into their Tudor roots.

From Tudor queens to pop princesses, the six wives of Henry VIII take the mic to tell their tale, remixing their stories in this new musical by Toby Marlow and Lucy Moss.

Following a sold out ‘showcase’ run at the Arts Theatre in London, SIX launched its full professional premiere at Norwich Playhouse in July, before heading to the Edinburgh Festival Fringe and returning to the West End in September.  SIX is now playing at London’s Arts Theatre