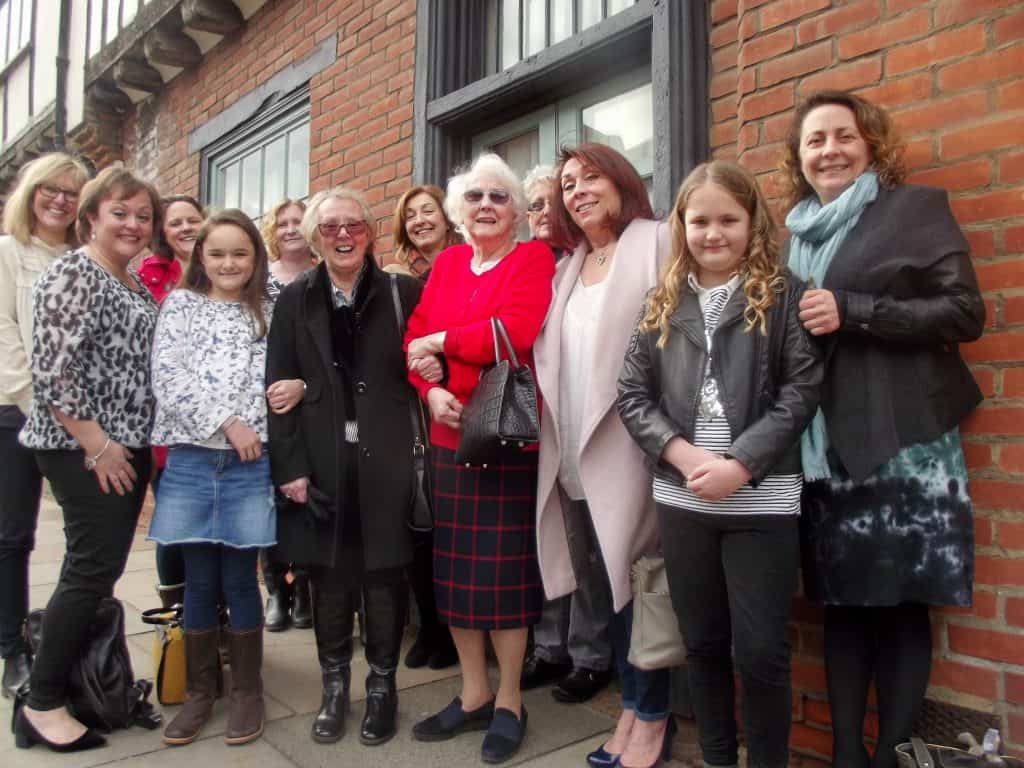 The Watts family outside the entrance to the Palace Street shop

In February we were delighted to welcome 13 members of the Watts family for Sunday lunch, all descendants of Arthur and Mary Ann Watts who ran a bakery, and lived in what is now the Maids Head’s Palace Street wing, during the early decades of the 20th century.

The Palace Street wing was converted by the Maids Head in the 1980s into a series of function and meeting rooms on the ground floor, with suites up above. The suites, which used to be the Watts family living quarters, have all been refurbished in the last year.

The Watts family had a bakery and shop in the Palace Street wing from the early 20th century. Arthur Watts met Mary Anne Wardell, when she was 16. They married and had 14 children. There were eight brothers, most of whom ran Watts Brothers Building Contractors, with an office on the corner of Pigg Lane.

Arthur died in 1936 and the bakery closed soon after that, however Mary Anne (d.1977) was very entrepreneurial and changed direction. She opened a grocer’s shop in the old bakery shop and converted the bakery into a function room known as The Bake Office.

The Bake Office was very popular for local parties and weddings. People also used to go there after the Samson and Hercules closed and Mary Anne served up egg and chips all round. During World War II she provided accommodation in the function room for American airmen.