Please be aware that Tombland will be closed from 2.00pm – 6.00pm for the procession. Access to the Hotel via Palace Street and  Wensum Street is not affected. 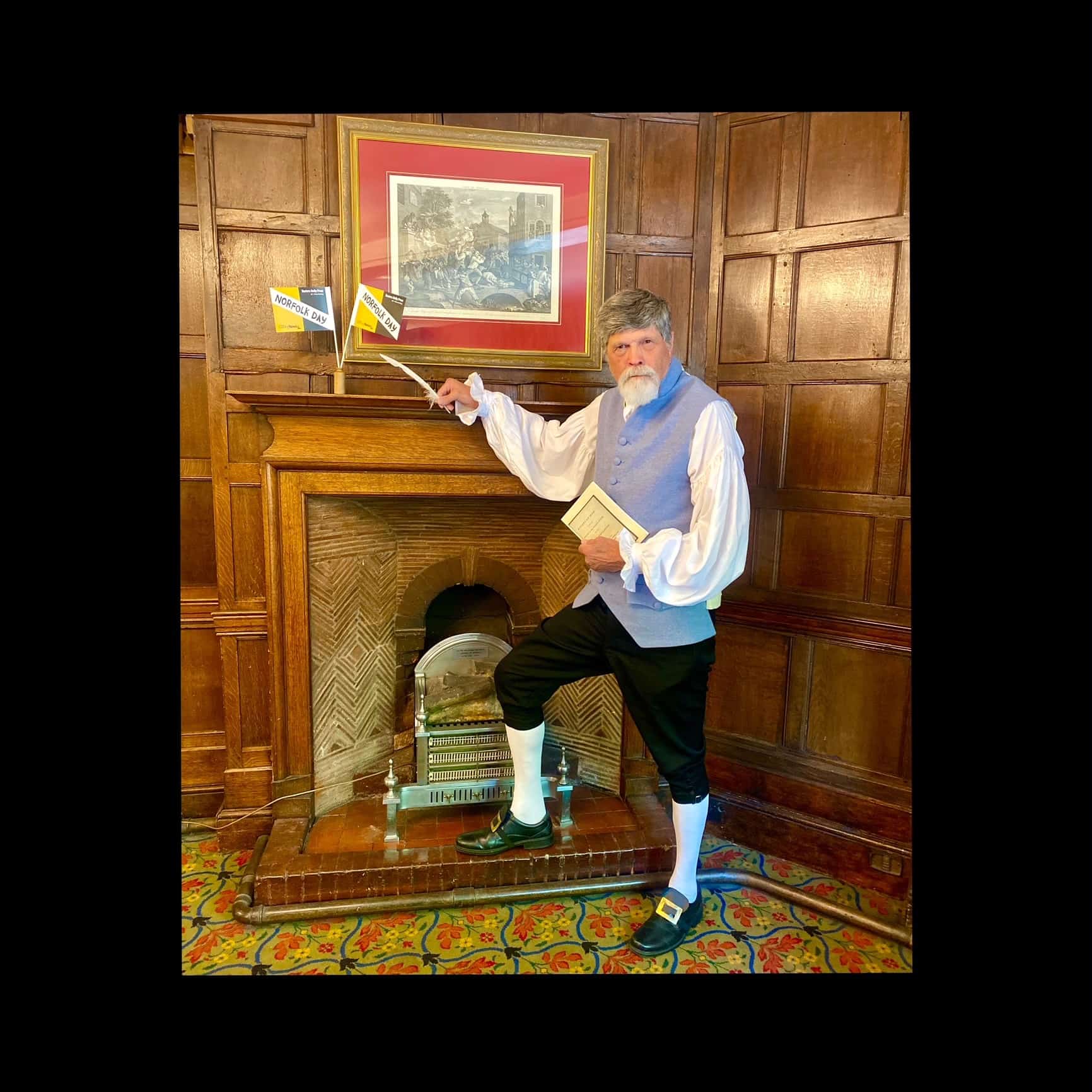 Join us for a very special audience with Rob Knee as Thomas Paine and hear about Thomas Paine’s connection with the Maids Head.

Thomas Paine was one of Norfolk’s greatest sons. Born in Thetford in 1737, Paine, by the power of his writings, became a leading figure in both the American struggle for Independence and French Revolution. Norwich contained a large number of those who sympathised with the French revolutionaries who would meet in the Maids Head and toast the deeds of Tom Paine. Paine’s writings eventually led to his downfall. He was outlawed, exiled and there were over 300 occasions when his effigy was publicly burnt.

Enjoy Tea & Coffee before the talk.

This talk is a FREE event, donations would be greatly received and donated to our charity partner Norfolk & Waveney Mind.

The event will commence at 10.30am and the talk will begin at 11a.m. and last for approximately 45 minutes

Spaces are limited for this special Norfolk Day Talk so early booking is advisable. This event is only bookable on Eventbrite www.eventbrite.co.uk

Please note the hotel has many stairs.